For years, Optical Distractors, previously known as laser dazzlers, have served an important role in US Military Operations.  They have been used in a variety of situations such as vehicle checkpoints, convoy security, and suppression of enemy fire at long ranges.  The glaring green beam has provided capabilities previously limited to longer ranges of engagements due to engineering limitations because they utilize a Fixed Range & Focus beam.  Fixed Range & Focus beams allow the Operator to fire a laser whereas the beam begins very small in diameter as it exits the system and becomes larger in diameter (diverges) as the range increases.  A Fixed Range & Focus Optics system can’t be used in short range tactical scenarios due to the beam being too small and not eye-safe.  At longer ranges, the device can’t be used effectively because the beam is too large in diameter.  Simply “painting” or “illuminating” the target is not the same as visually impairing the target.  The Dazer Laser® changes everything!

The Dazer Laser® Products are handheld (or weapons mounted) Optical Distractors which utilize the unique patented Variable Range & Focus Optics™ technology which provides the Operator the ability to engage the threat(s) with both SAFE and EFFECTIVE visual impairment at all ranges from 1 – 1000 meters, with the GUARDIAN and STEALTH.  The systems can operate for longer range Illumination and/or Hailing & Warning, which is not effective for visual impairment, out to 2000 meters (model dependent).  Having a Nominal Ocular Hazard Distance (NOHD) of one (1) meter makes these the only Optical Distraction systems in the world that can be operated both eye safe and effective from one (1) meter and beyond, versus previously fielded Fixed Range & Focus systems that can only be operated safely beyond approximately 20 meters and effectively out to approximately 500 meters.  Systems that incorporate an “auto shut-off” capability are considered “safe” because they are shut off; they are not effective when they are off and the Operator is now left with a system that is not working and potentially endangers the Operator’s safety.  Keep in mind; SAFETY is just as important as EFFECTIVENESS and EFFECTIVENESS is just as important as SAFETY for both the Operator and the threat(s).

The Dazer Laser® Products have been designed to meet a variety of different engagement scenarios and environmental conditions that they will be exposed to.  All Dazer Laser® incorporate built-in security codes which are unique to each system.  Prior to use, the Operator enters the unique code into the system and will “turn it on” for a pre-determined time clock of either 8, 12 or 24 hours.  Once the time expires, the system will shut off and be rendered inoperable until the Operator re-enters the code and the same time clock begins again. This prevents unauthorized use from occurring with all Dazer Laser® Products.  In addition, each system has been ruggedized to MIL STD 810G requirements to be able to operate in conditions such as, but not limited to, hot and/or cold temperatures, waterproof submersion up to 20 meters in depth (model dependent), maintains alignment when mounted to a host weapon (firing or not firing), low battery indicators, etc.  All of our Products are designed, engineered and manufacturer by Extreme Laser Technologies, Inc. in the United States of America.

None of our Dazer Laser® Products can be sold to the general public for civilian use and are solely intended for use in all branches of the Armed Forces, Government Agencies, Law Enforcement, Correctional Facilities, Maritime, Hospitals, Mental Health Facilities, Vehicle Checkpoints, Customs, Border Protection, Park Services, Armored Vehicles, Base and Embassy Protection, Cruise Ships, Public Transportation Security, Riots & Crowd Control, Security Agencies, and for many other engagement scenarios and security applications. 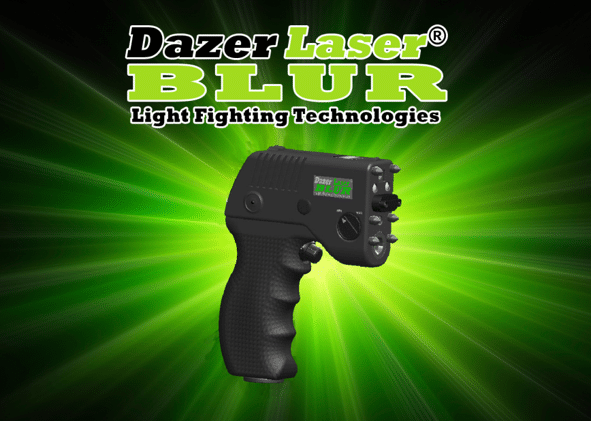 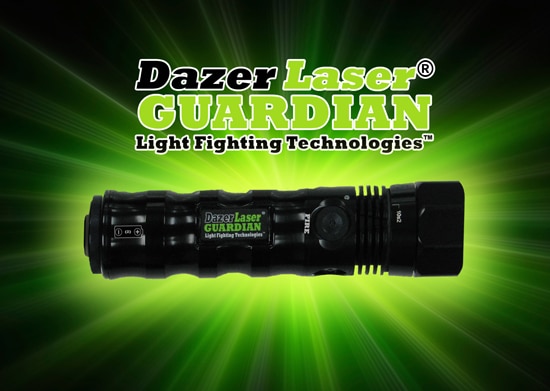